When Leatherman first introduced the Tread multitool bracelet a couple of years back, my first thought was, “Wow. That’s a brilliant idea!"

After all, the Tread put 29 different tools right on your wrist, allowing you to easily take them anywhere that you wanted to go, including onboard an airplane. But as a guy who doesn’t wear much in the way of jewelry, I soon realized that this probably wasn’t a product aimed at me.

A Watch Brings More Than a Bracelet

On the other hand, I do wear a watch every day. In fact, it is one of the first things I put on in the morning and it stays on my wrist until I’m ready to go to bed each night. When the Tread was introduced, I thought that it would make the perfect watchband, providing plenty of functionality by upgrading the watch that I already wear. Fast forward two years, and that is exactly what the Tread Tempo has brought to the table. 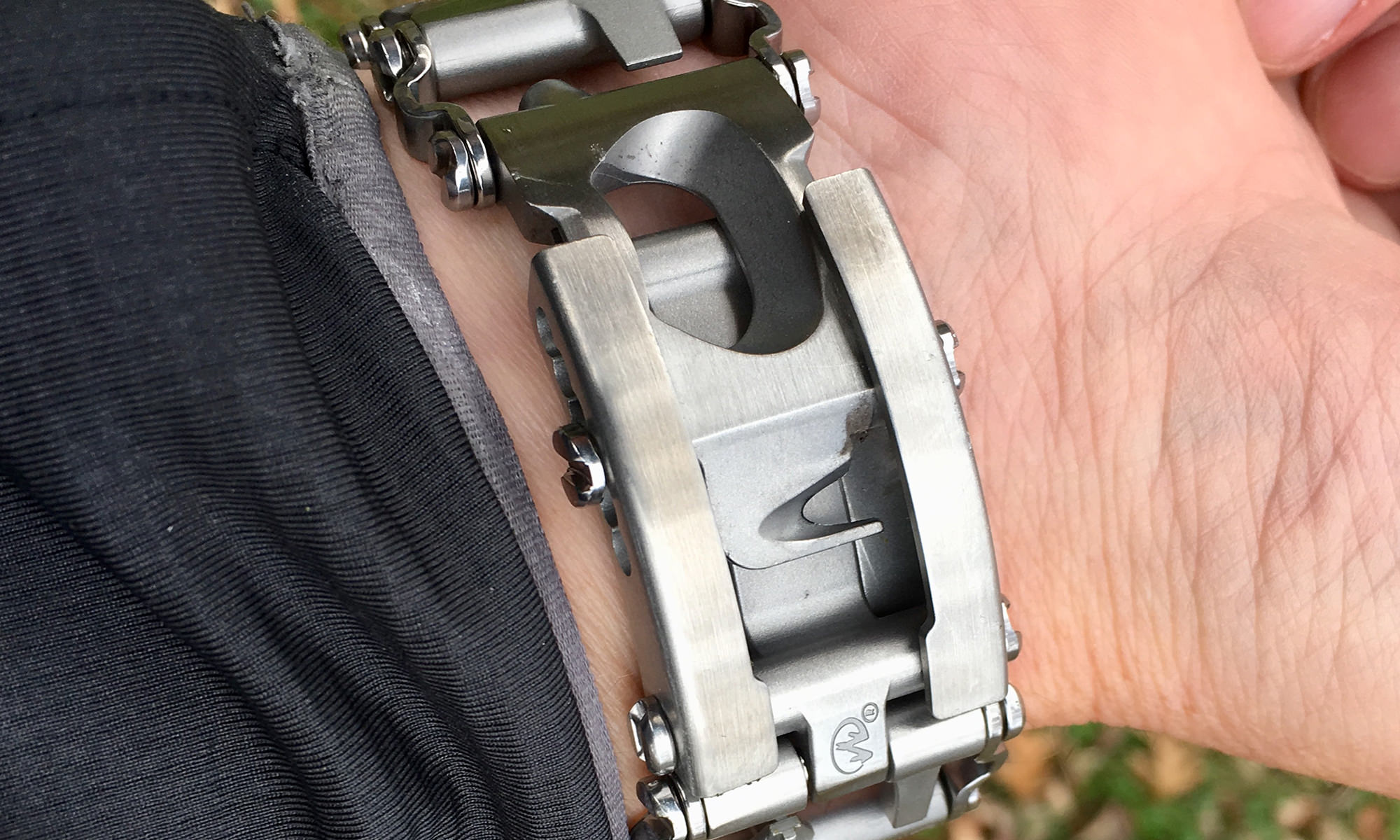 The Band isn’t Your Ordinary Watch

At first glance, the Tread Tempo looks a lot like any other rugged watch you might find on the wrist of an avid outdoorsman. It features sleek lines, a durable case, and a classic look that fits in just as well in social settings as it does around camp or at the job site. It isn’t until you look a bit closer that you begin to take notice of the unique band, which has drawn more than a few curious questions from observant individuals as I’ve worn it out and about around town.

The Tempo’s band includes all 29 of the original tools included with the Tread, plus a built-in link tool that is cleverly hidden behind the watch itself. The link tools allows the wearer to quickly and easily adjust the band, removing unnecessary links to configure the fit to meet their individual needs. Having moderately sized wrists, I needed to pair down a link or two to get the Tempo to fit comfortably. As it turns out, that job was simple, deciding exactly which tools to eliminate not so much. 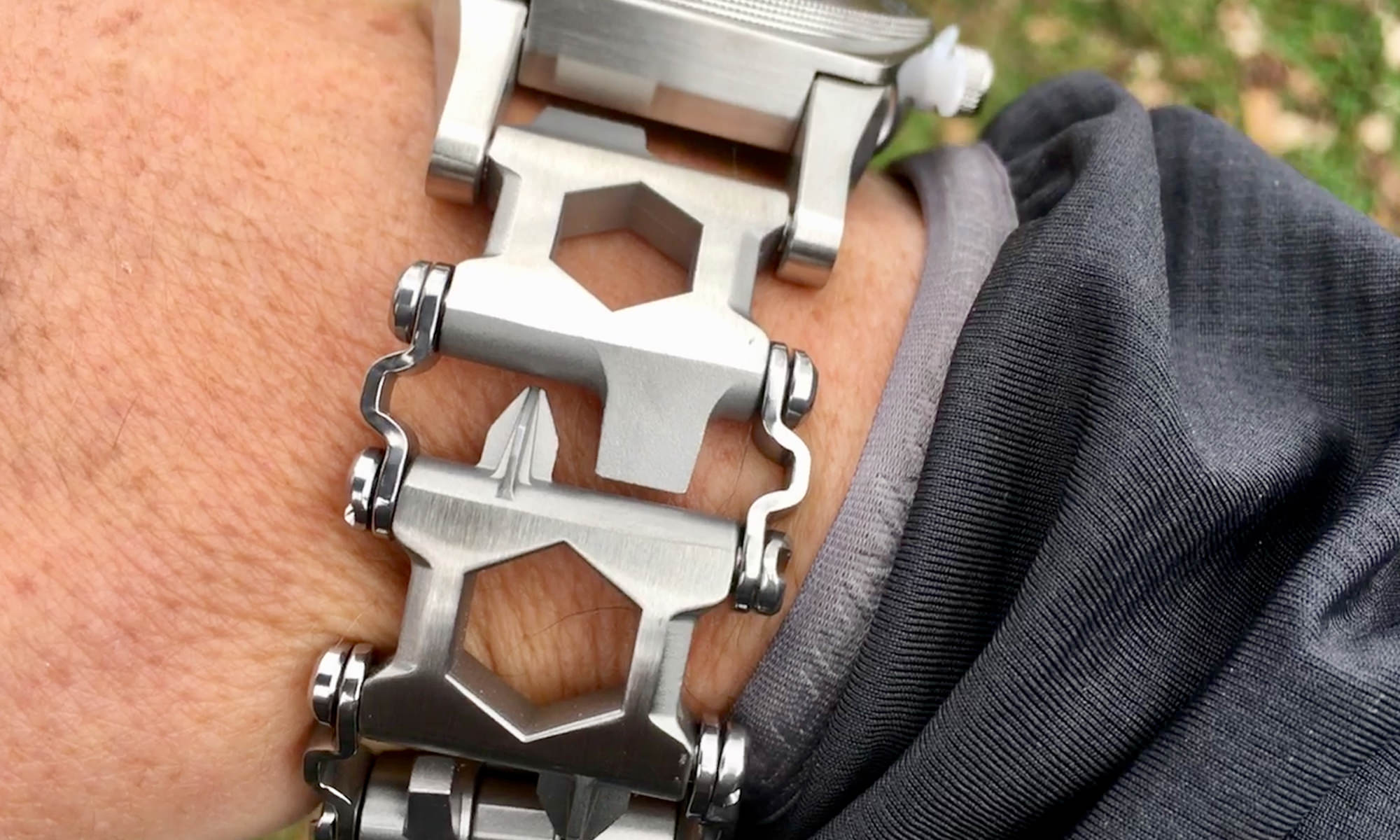 Amongst the tools found on the Tempo’s band are five different flat screwdrivers of varying sizes, two Phillips screwdrivers, seven different sized box wrenches, and a bottle opener. Other items include two Pozi-Drivs, a file, a strap cutter, a carbide glass breaker, various hex drivers, and more. In other words, this wearable multitool pretty much has everything you could possibly want, accept for a blade or pliers. Those items don’t fit quite so seamlessly on watchband, nor are they always travel friendly.

As you would expect from a product created by Leatherman, the build quality on the Tread Tempo is outstanding. The band itself is weighty, but in a substantial, reassuring way. When I first started wearing the watch, it took a few days to adjust because it was slightly heavier than the watch I normally wear. But it wasn’t long before I forgot about it altogether, particularly as I started to use the included tools with more frequency. Quickly tightening a loose bolt on my bike or opening a bottle with my watchband isn’t something could do with any other timepiece that I own. 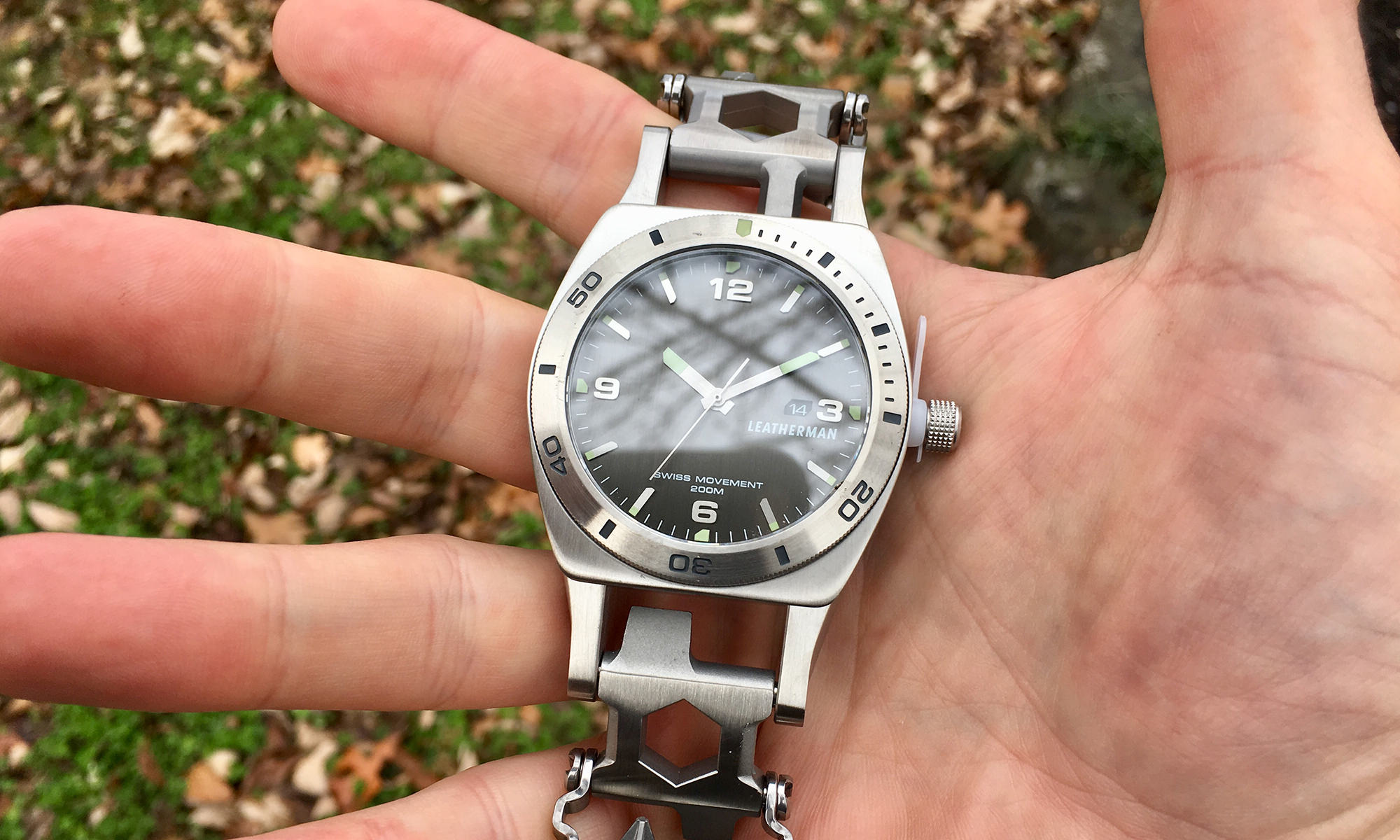 The watch itself was designed in house, but built by Swiss watchmakers with a precision that truly shines through. The watch’s casing is built like a tank, allowing it to shrug off just about any type of punishment you might throw at it and come away completely unscathed. Its face is protected by a scratch-resistant sapphire crystal and the timepiece is water resistant down to 200 meters as well. With its three luminescent hands the Tempo is easy to read even in the dark and It includes both the time and date. The watch is powered by a five-year battery that is easy to replace. 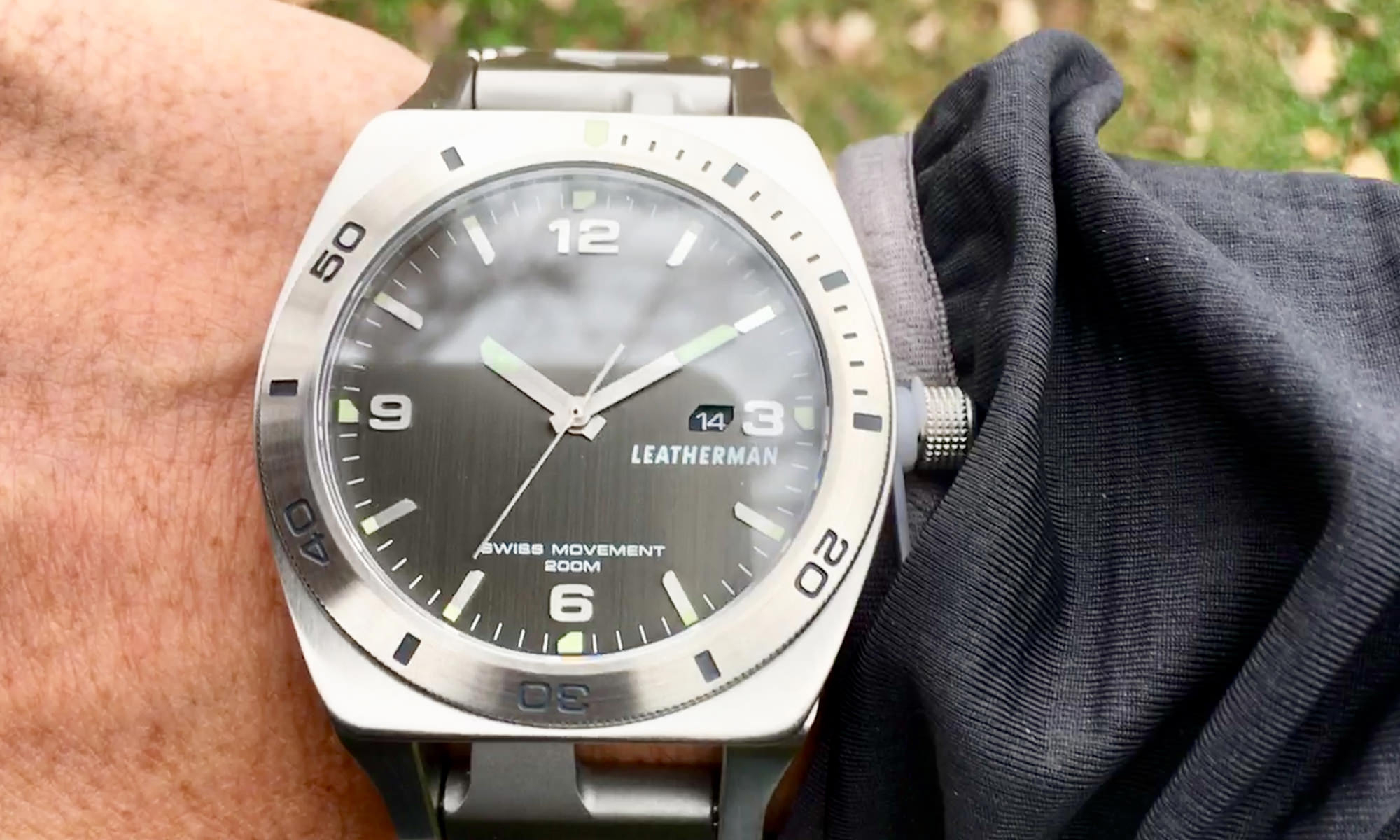 At a time when smartwatches are growing in popularity, it would have been easy for Latherman to design a high tech timepiece to pair with its Tread band. But, that wouldn’t necessarily have been true to the company’s identity nor would it suit the needs of its core customers either. Like its other products, the <Tread Tempo is simply a well-built, well-conceived multitool that looks like a work of art and offers a surprising amount of functionality. Days after you first put it on your wrist, you’ll still be finding new ways to use it, often wondering how you ever got along without a toolbox strapped to your wrist.

Thankfully, now that the Tread Tempo is finally here, we’ll never have to ask that question again.

Remove Product?
Are you sure you want to remove the following product from the cart?
{"enabled":true,"tagManagerID":"GTM-58353KS","currency":"USD","action":"Search-ShowContent","resouces":{"logUrl":"/on/demandware.store/Sites-lmusa-Site/default/GoogleAnalytics-Log"}}