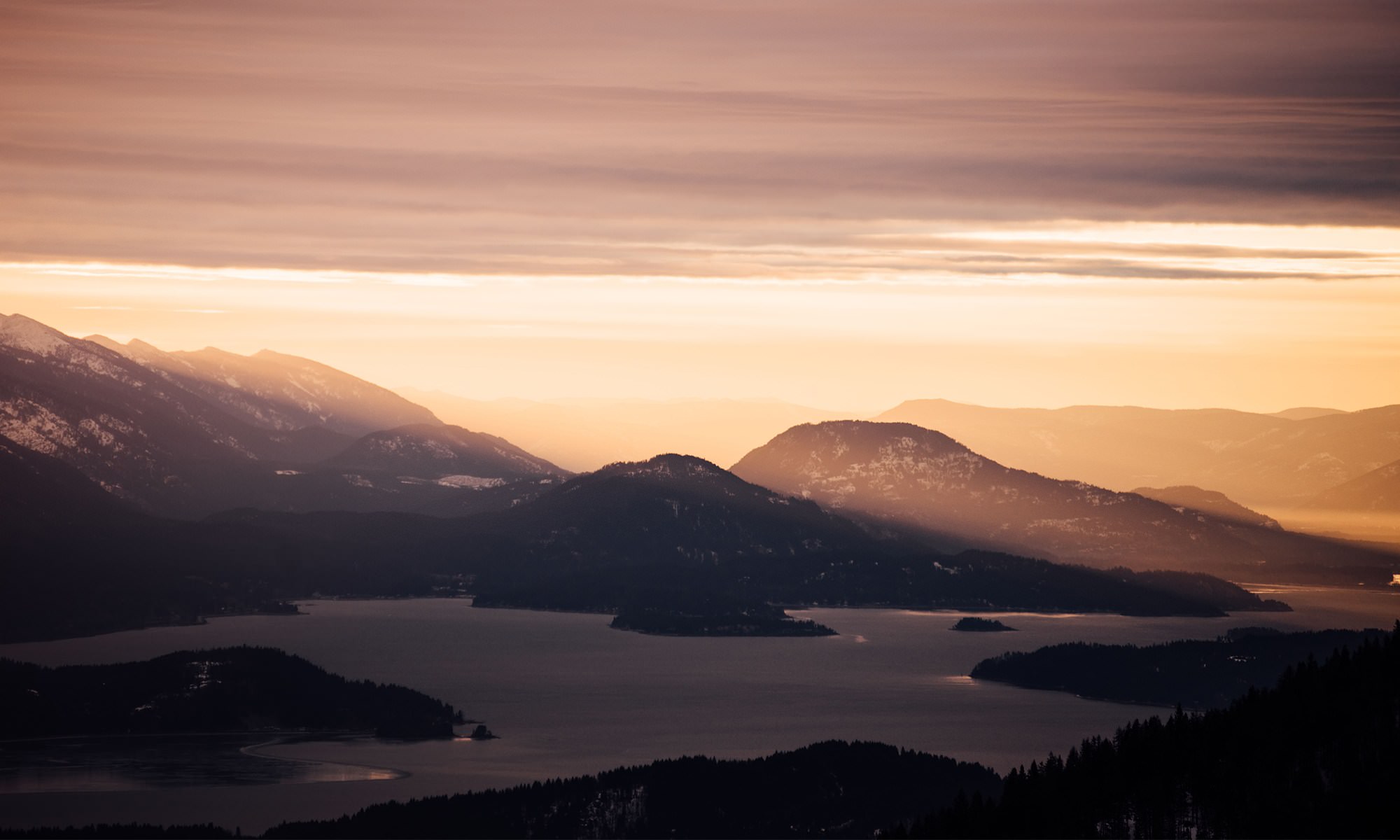 Getting off the beaten path is becoming harder and harder. Places that used to be considered “undiscovered" destinations are now popping up on social feeds everywhere. And even Aunt Irma is getting in on the adventure action. Which hey, we can’t blame her. But it’s time to consider new unknown travel destinations. And some of the outdoor industry’s top executives think that these are them.

From China to Iraq to lesser-known areas of Montana, Colorado, and Oregon, these are the top undiscovered travel destinations that should be on any true adventure traveler’s radar. Because these are the places where industry leaders have been exploring, getting off-the-grid and away from the crowds. (Sorry, Aunt Irma!) 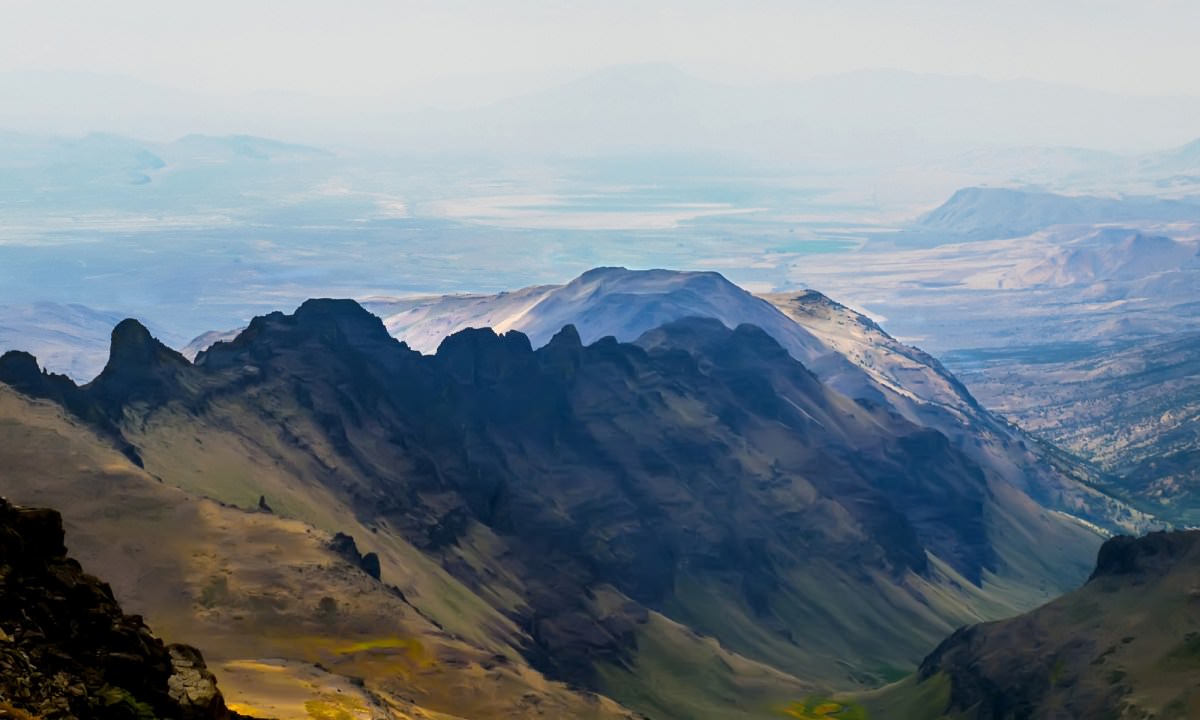 In one of the remotest corners of Southeast Oregon, Steens Mountain is one of those adventure destinations that may be just a little too remote for most travelers—which is exactly what’s to love about it. In a state where hiking, climbing, kayaking, and just about any other outdoor activity can be done just about anywhere, most people flock to places like Mount Hood or Bend, where the adventures are Aunt Irma approved.

That’s why Steens Mountain and the Kiger Creek Gorge—a beautiful, yet treacherous—area in a part of the state that most travelers overlook should be a place to consider when you want a real uncharted adventure.

In fact, Tim Leatherman, founder of Leatherman Tool Group, has known about the magic of this undiscovered destination for years thanks to his father. Saying “before I was old enough, my father and his brothers went on an annual one-week deer hunting trip and tent camped in the Steens Mountain on the rim of the Kiger Creek Gorge. When he returned he would tell my brother and me stories of the hunt. But the part that stuck in my memory the most was not the hunting stories, but that if he got his deer early, he would hike to the bottom of the canyon and go fly fishing for the plentiful wild trout."

He’s had his eye on traveling there ever since, even talking his father—who was 81 at the time—into returning there with him. 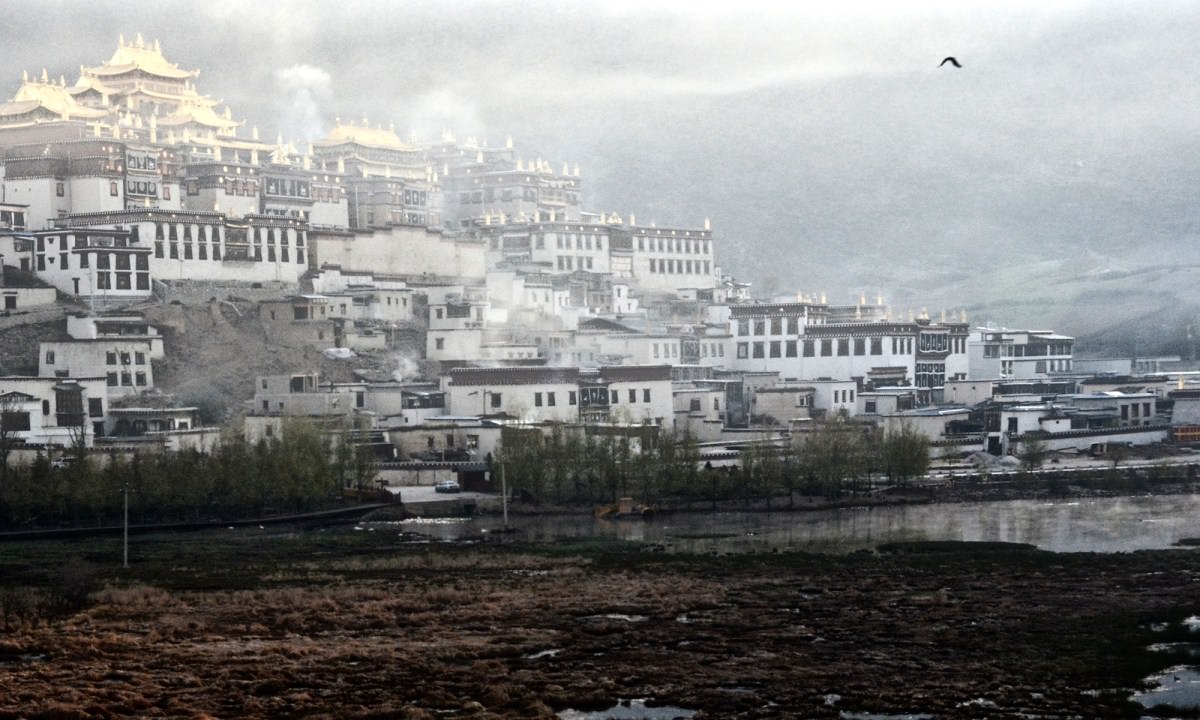 Known as one of the most diverse places to head in China thanks to it’s unique mix of locals and terrain, Yúnnán is one of China’s most fascinating locales. From dense jungle in the far south to snowcapped mountains as you make your way towards Tibet, there’s plenty to discover there.

And Michael Kleinwort, founder of the technical performance clothing company Kora, explains why, saying “what really sets it apart is that it is a natural gateway to all that the Hengduan Range, the eastern extension of the Himalayas, has to offer intrepid travelers, trekkers and climbers. Places like Litang with its Horse Festival, the sacred mountains of Ge’nyen and Kawa Karpo, and the Tea Horse Road, the old caravan route that leads to Lhasa."

Another adventure destination that’s right here in our own backyard, Silverton, Colorado, is a former mining town with a lot to offer. Sitting just above 9,300 feet, the Weminuche Wilderness is nearby, and in the winter expect snowmobiling, skiing (downhill, extreme, heli, snowcat, cross country), sledding, ice skating, ice climbing, and ice fishing. And summers in Silverton are just as good—rafting, backcountry touring, 4×4 off-roading, ATVing, fishing, hiking, biking, rafting, horseback riding, hunting, and camping are just a few ways you can spend your days here.

Just ask Wylie Robinson, founder and CEO of Rumpl, “Silverton drew me in. It feels rugged and has great energy—a perfect launching spot for all sorts of adventures. The town feels off the radar—perhaps because it’s a bit more difficult to get to. The San Juan Mountains create an incredible backdrop with access to mountain biking, backcountry skiing, and backpacking. It’s the type of place that leaves you in awe and full of stoke." 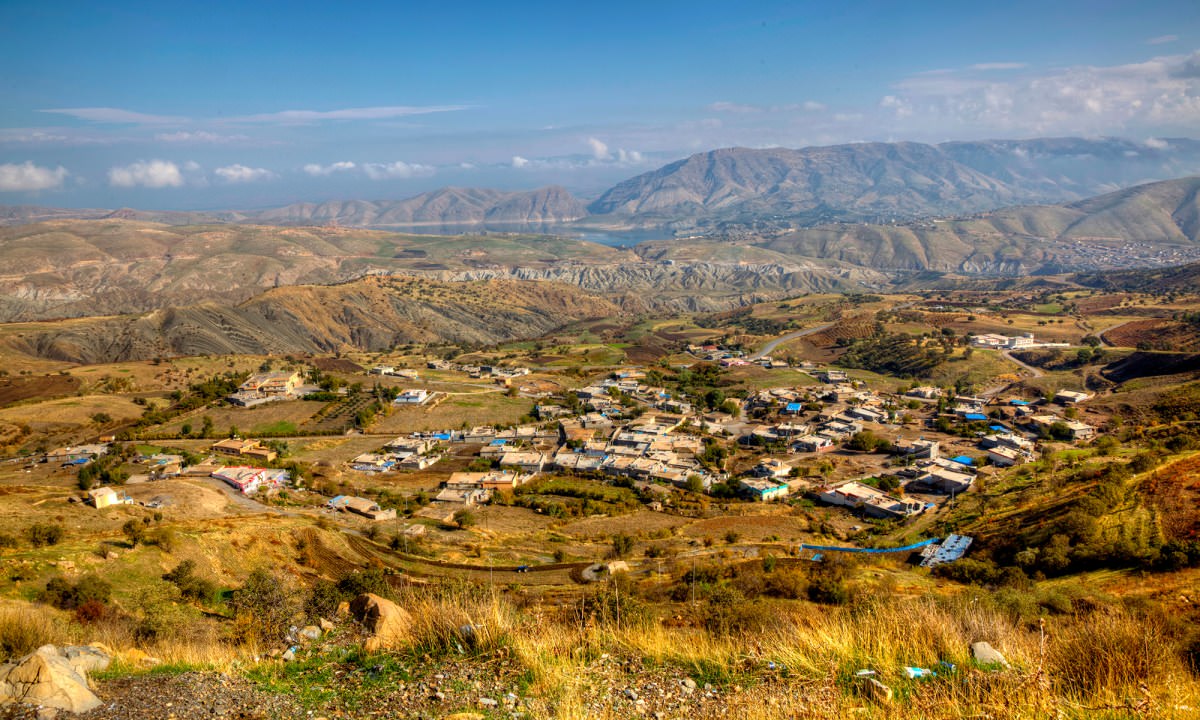 With this area of the world drawing more and more attention from people who want to make their own conclusions about these places they’ve heard so much about on the news, Iraq is a deeply captivating place. And for a place that continues to see so much political and economical struggles, the people there are still some of the most welcoming in the world. Between the locals and the unbelievably gorgeous landscapes, this is a part of the world we should all get to know just a little bit more.

Julie McCormack, Senior Adventure Travel Designer at Mountain Travel Sobek, just returned from the area, saying “my experience there felt shockingly normal, yet not. I kept having to remind myself I was in Iraq as I hiked and drove through beautiful countryside, visited operating monasteries over a thousand years old and saw the remains of several Jewish synagogues. There isn’t much wildlife in Kurdistan because Saddam wiped it all out with numerous chemical weapons attacks, they don’t have a functioning postal system and only intermittent power, yet the Kurds show relentless resilience and incredible warmth!" 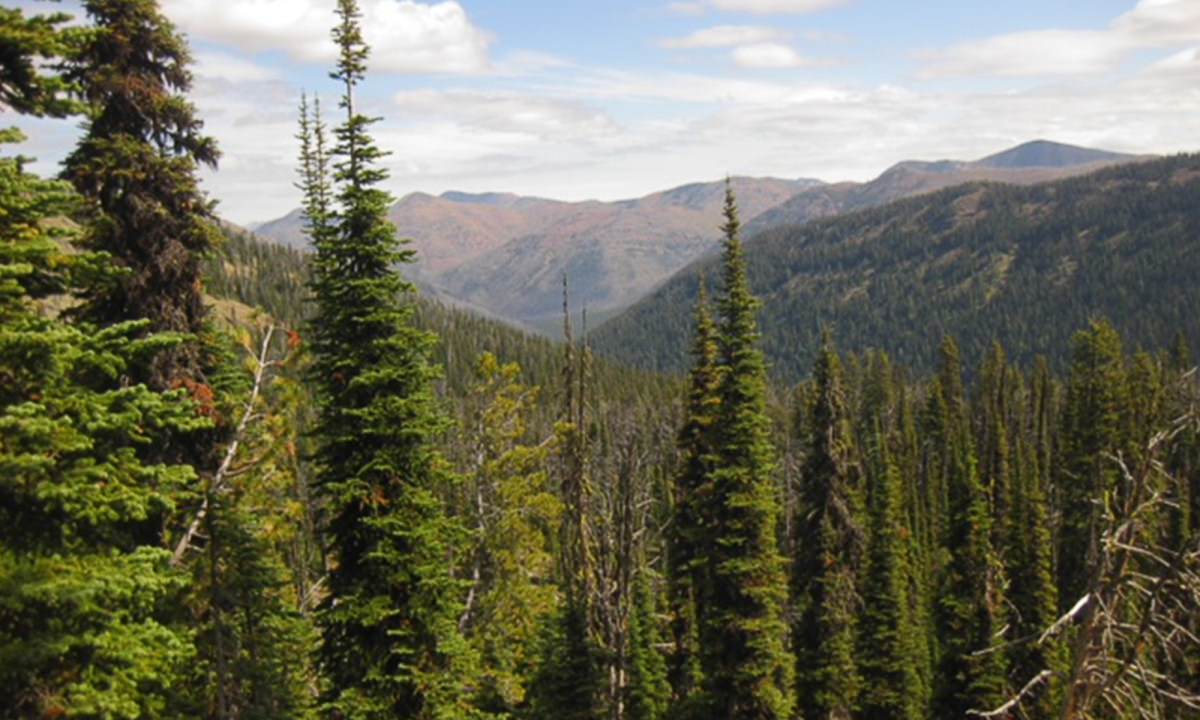 No Wi-Fi. No cars. No other people. No problem.

Talk about a place off-the-grid. According to Mimi Nuelle, VP of Merchandising at Backcountry.com, “You can only enter The Bob by foot or by horseback. You want to use a guide service (we loved Rich Ranch). This is real adventure travel—it’s home to the largest grizzly bear habitat in the lower 48 as well as wolves, mountain lions, wolverines, etc. Listening to wolves howl close to your tent at night is pretty unforgettable."

If that’s not wildly intriguing, maybe the fact that it’s the third largest wilderness in the lower 48, spread across 1,062,694 acres of land, with 1,700 miles of trail will convince you otherwise. 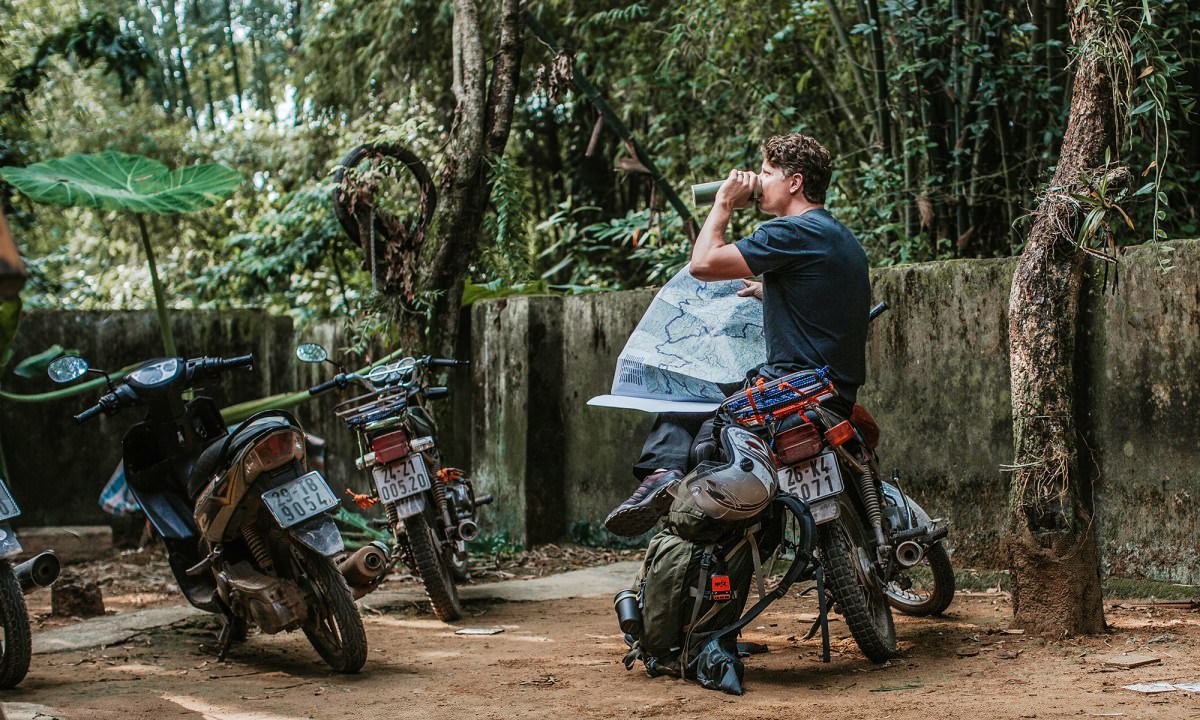 While Southeast Asia is no new destination to curious travelers, Vietnam is still one of the lesser visited countries on most people’s SE Asian itineraries. But there’s plenty of reason to head there beyond the adventures—which are probably some of the coolest in the world.

Just ask Travis Merrigan, co-founder of Grayl, “Vietnam is incredibly varied between the north—cool, mountainous—to the south (better food!). Adventure seekers can climb the giant sea stacks of Ha Long Bay or the largest cave systems in the world in Hang Song Down. Foodies will love the street food and floating markets of the Mekong River. Oh, and Vietnam is one of the most affordable countries in the world." 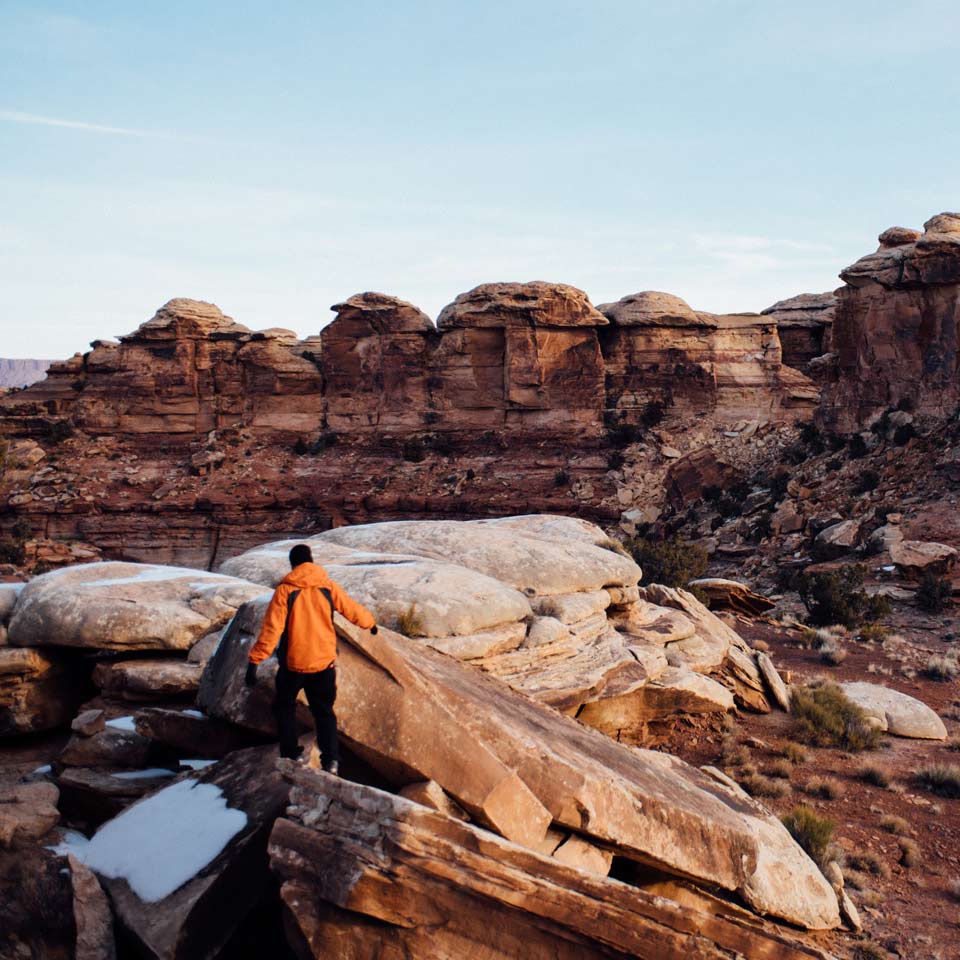